You are here: Home1 / Our Historic Library

In 1857 a small group of local men formed the Winona Lyceum, the earliest library association in the city. Dues paid by the members funded the purchase of new books. In 1863 the group became the Young Men’s Library Association, which by 1870 grew to 268 members with 1,670 books. Debt closed the library in 1875 for two years.

In 1877 Mrs. J. B. McGaughey, Mrs. Thomas Wilson, and Miss Charlotte Prentiss lifted the debt and reorganized the library under a new name, the Winona Library Association. On March 22, 1886, the association donated its collection of 3,500 books to Winona, forming the city’s first free public library.

In the late 1890s, William H. Laird donated $50,000 to the city for a permanent home for the library, which covered the construction costs for a new building. The library association paid for the furniture, fixtures, and shelving. The new library at the corner of Fifth and Johnson streets opened on Jan. 21, 1899, and is on the National Register of Historic Places.

The fireproof building was designed by Warren Powers Laird, dean of the school of architecture of the University of Pennsylvania, and Edgar V. Seeler, a Philadelphia architect. The original building was 85 feet by 65 feet with a 3-story stack wing. The copper dome is 56 feet above the street. The brick walls are faced with Bedford stone and the entrance steps, curbs, and walks are Winona limestone. The columns at the entrance are Georgia Creole marble.

Unique features of the library are the glass floors in the book stacks, the ornate copper-faced shelving and stairs, and the Kenyon Cox mural, “The Light of Learning,” under the library’s dome. 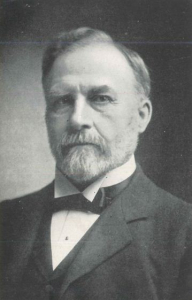 The Bell Art Room, named after Frederic Somers Bell, the first president of the Library Board, is located on the second floor of the library. It contains a large collection of art books and a reproduction of the statue Hebe. The library also hosts many exhibitions and events throughout the year in the Art Room.

The statue of Hebe is a copy in Carrara marble of the original work by Antonio Canova. The statue was donated to the library by Mrs. William H. Laird on July 8, 1899. Mrs. Laird purchased the statue in Florence, Italy.

Antonio Canova is one of the foremost neoclassical sculptors. He was born in 1757 and was orphaned at an early age. He studied with his grandfather, who was a respected stone mason and master builder in Venice. Canova later became the favorite sculptor of Napoleon and his friends.

Hebe was sculpted by Canova in 1796 and is one of his most admired figures for its evocation of airborne grace. The statue was so popular that Canova carved four replicas.

In Greek mythology, Hebe was the daughter of Zeus and Hera. She was the cup-bearer of the gods on Mount Olympus and was considered the personification of the beauty of youth.

Canova’s Hebe is the last figure of Western Art to levitate as if flight were a perfectly natural attribute of humanity. Levitation is implied without wings, without strenuous action, without a single distended muscle. Hebe is captured pouring divine nectar in sight of human eyes but beyond their mortal reach.

Just outside the art room under the library’s dome is an allegorical mural by Kenyon Cox called The Light of Learning. The painting was donated to the library in 1910 by William Hayes as a memorial to his wife Charlotte Prentiss Hayes. The general intent of the mural is to symbolize the function of a public library as the conserver and distributor of the light of the past for the use of the present.

In the center, robed in the green of eternal youth and wearing a decorative modification of the shield of Minerva, sits Learning, lighting her torches, which are distributed by her winged attendants to symbolic figures on either side.

To the right, Romance, the dreamy-eyed fairy princess of Northern folklore, leans upon Poetry, bearing the lyre and clad in the color of passion. Below them, Art, palette in hand, leans upon a fragment of antique sculpture. To the left, Philosophy looks up at the torch she has already grasped and History writes upon her tablet. Science holds the globe and compasses, signifying the exact knowledge of the universe. 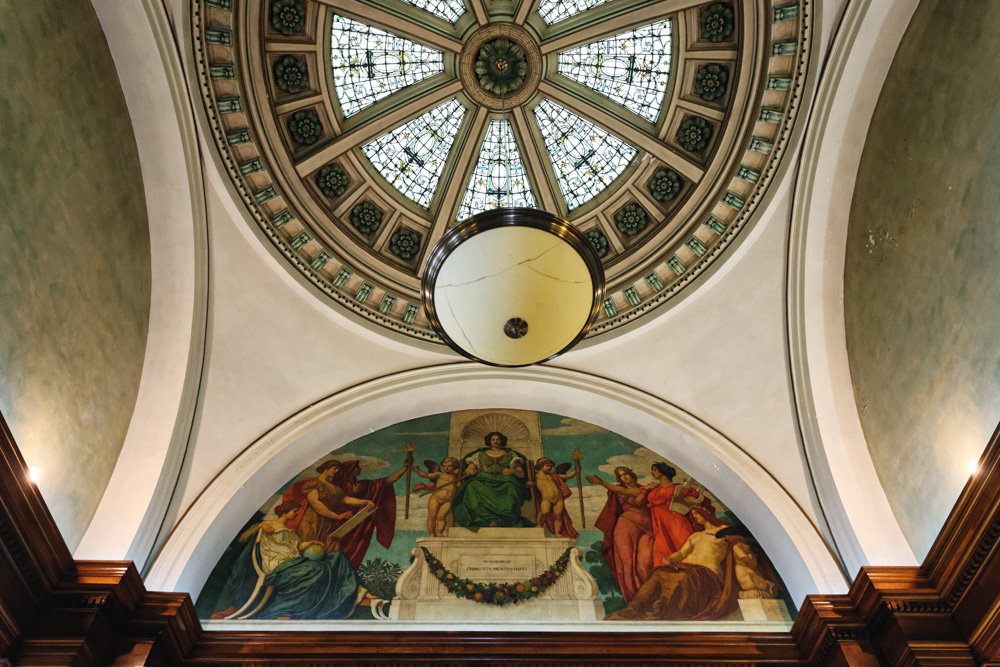 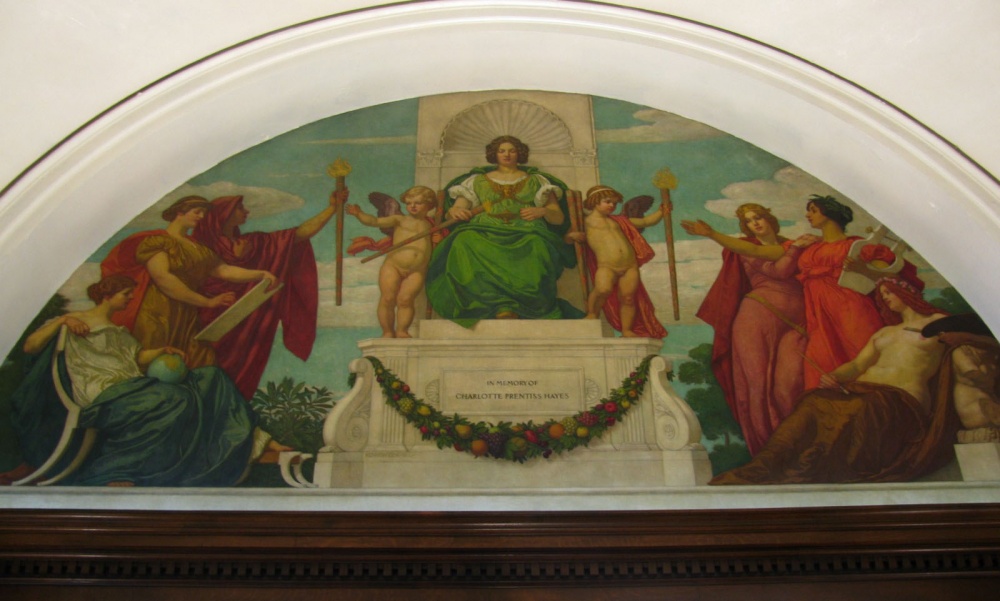 For more information, visit the Winona Public Library’s collection of historical documents archived online at the Minnesota Digital Library website and the MNopedia listing for WPL.